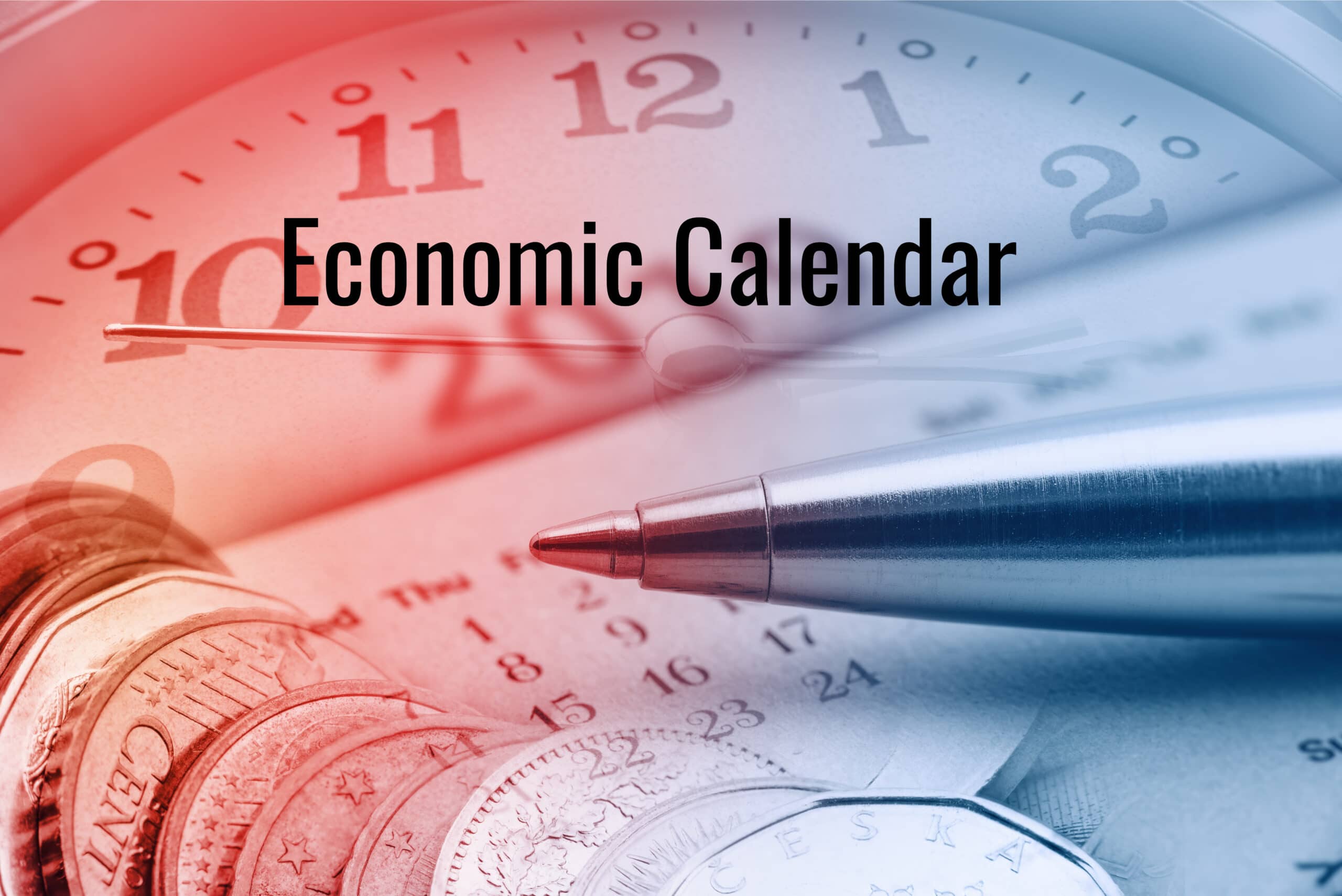 In Olymp Trade Forex, analysis is everything. To do fundamental analysis, you will need a variety of tools. One of those tools is an economic calendar. Currency pairs depend on economic news published or announced every day.

If one country announces stats that indicate they are doing well, their currency will probably grow stronger and vice versa. Keeping up with this news will require you to have an economic calendar investing plan.

Breaking Down the World Economic Calendar for the Eight Biggest Currencies

Most of the time, the calendar has events pre-scheduled to fall on a certain date. Aside from helping you know when to get out of a position in the market, the news allows you to spot new opportunities where the reaction is inevitable.

Economic calendar investing means you get clarity from what the numbers say, by never being caught off-guard by news or other relevant current events. We will go through each of the world’s major currencies to determine how they are affected by the economic calendar.

The 4th and 6th of the month in the Forex market starts with the top two indicators of America’s economic state: manufacturing and non-manufacturing, from the Institute of Supply Management.

The first week also sees traders get information on the NFP (Non-Farm Employment Change). Officially, the NFP, average earnings, and unemployment rates are announced on the first Friday of the month.

Pro Tip: A level of unemployment rate lower than what’s indicated in the forecast is good for the USD.

Mid-month brings information on the inflation indicators like the Consumer Price Index (CPI) and the producer price index (PPI). At around this time is when retail sales and core retail sales are made available.

The mid-month period is also important because there are two big manufacturing indexes announcements. One is the Empire State Index from The Fed (The Federal Reserve Bank) in New York and the Philly Fed Index from Philadelphia.

As we near the end of the month, stay alert for information about the consumer confidence level on the last Tuesday of the month. If confidence is high, people will buy more and encourage economic growth, spurred by production.

The USD is also influenced by weekly changes in crude oil inventories.

The GDP per quarter announcements are important too. They are published in three forms, with a one-month difference between them. They include the advance, preliminary, and final reports.

Economic Calendar for the EUR (Euro)

The Eurozone and Germany publish their ZEW economic sentiment index on the second or third Tuesday of the month.

Watch out for local events in individual European countries as they can affect the currency. The market is always listening to any announcements made by the Bundesbank president. Normally, they are on a schedule on the German Central Bank’s website.

The third week of the month sees the publication of two indexes:

These indexes are also announced for France and Germany (who also make the German composite index for business climate available publicly at around the same time).

As the month comes to an end, the numbers for preliminary CPU for Germany, France, Spain, Italy, and the Eurozone, are made available. 28 days after the month ends, the money supply in the collective Eurozone is revealed.

Traders have to wait till the last working day of the month to get unemployment rate figures. Europe’s economic GDP growth is released quarterly with a preliminary flash report coming out first before the revised one.

Britain announces its services PMI, construction, and manufacturing on the first three business days. The indexes are products of surveys from purchasing managers, providing the fastest delivery of data about the British economy.

The GDP growth, manufacturing process, and preliminary business investment index are released on day 10 or 11 of the month (40 days after the end of a month). The national statistics office takes longer (around 45 days) to announce the unemployment rate and average earnings index.

The CPI, PPI, and RPI are all published 14-16 days after the end of the month. Around the same time, the number of people who asked for unemployment benefits in the previous month is published as claimant count change.

20 days after the end of the month, the retail sales total value comes out, and after that, the public sector net borrowing is announced 2-3 days later.

After a vote by the 9 members of the MPC (Monetary Policy Committee), the Official bank rate announcements are made.

They decide whether the Bank of England should raise, lower, or keep the exchange rate at the same level.

The monetary policy summary is also released when the BOE releases figures on the amount of asset purchase facility.

85 days after the end of the month (or quarterly), the following reports come out:

Once in every quarter, the Bank of England releases an inflation report, which is discussed in the British Parliament.

40 days after the quarter ends, the preliminary GDP per quarter report comes out, and at the end of each quarter, the credit condition survey comes out.

The average cash earnings indicator is released at the beginning or middle of the month (35 days after the end of the month). The index shows the change in the total value of income collected by workers.

The trade balance comes out 20 days after the month ends.

The third Friday of the month sees the release of the national core CPI. It is the key indicator for the Bank of Japan’s policy. On the 11th to 12th day of the month, as we approach mid-month, the PPI is released as well.

Pro Tip: The Tokyo core CPI is a reflection of the inflation level for the current month. The national core CPI shows the data for the previous month.

This time also sees the release of the unemployment rate, retail sales, and industrial production index (27-30 days after the end of the previous month).

To make your work easier, you can check out the full schedule on the official Bank of Japan website. The schedule is planned 8 times every year. It is followed by a BOJ press conference and the official announcement of the rates.

The first Tuesday of the month is the day the Reserve Bank of Australia (RBA) makes a statement in which they announce the Australian benchmark interest rate (cash rate) and highlight the main economic challenges.

Two weeks later, the central bank releases the minutes from their monetary policy meeting and a detailed discussion record.

35 days after the month ends (around the 5th day of the month), the retail sales index, AIG construction index, and trade balance are released.

Most of the New Zealand data comes out quarterly. After a quarter ends, the first or second Tuesday marks the announcement of the NZIER Business Confidence rate. 18 days later, the Consumer Inflation Rate comes out.

15 to 16 days after the end of the quarter, the retail sales figures are published, and inflation expectations come out 50-55 days before the end of a quarter.

Some other indicators to pay attention to are:

Twice every month, the information about changes in the average price of dairy products sold at auctions comes out. It is called the GDT Price Index.

The meetings of the RBNZ (Reserve Bank of New Zealand) happen about 8 times a year, instead of monthly like in other countries.

The decisions about interest rates are followed by an RBNZ press conference and a speech from the bank’s Governor.

The minutes from these meetings are not made public.

Every November and May, there is a financial stability report, which has information about the bank’s forecasts and the essential economic indicators.

China publishes its official trade balance on the 8th or 10th days of a month. They release consumer inflation figures at around the same time. Around the 14th to 16th days of the month, the fixed asset investment and industrial production levels are released, except for February.

The last day of a month is when China announces the PMI in manufacturing and non-manufacturing.

The 3rd day of the month is when the preliminary PMI from Caixin Services comes out. The PMI from Caixin, though informal, is thought to be a more exact assessment of conditions.

It is also the reason why many traders tread cautiously when dealing with the official index.

The most anticipated indicator in the currency market for the Yuan is the Chinese GDP growth, which is published around 18 days after the end of a quarter.

Pro Tip: Expert traders recommend that you follow the purchasing managers’ index by the Richard Ivey School of Business, which is a great reflection of the current Canadian economic conditions.

The BOC rate is announced 8 times a year. It has decisions on the key interest rate and the central bank’s economic outlook.

Other than these factors for each currency and other news-related events, some bigger events during specific months of the year bring their own impact.

It is recommended that traders pay attention to world news. For example, big events in India’s Economic Calendar can affect manufacturing in China. Just because you are trading the major currencies doesn’t mean you ignore other economies.

Use the world economic calendar outlook to get a clearer picture, as these major currencies do not exist in a vacuum. They are affected by external events too.

Don’t worry, I guarantee 100% privacy. Your email address is safe with me.